Rogan Kersh received his B.A. from Wake Forest in 1986 and returned as Provost and Professor of Politics & International Affairs in July 2012.  As provost he oversees the University’s academic mission and programs on the Reynolda Campus, working closely with the president, deans, and faculty/s 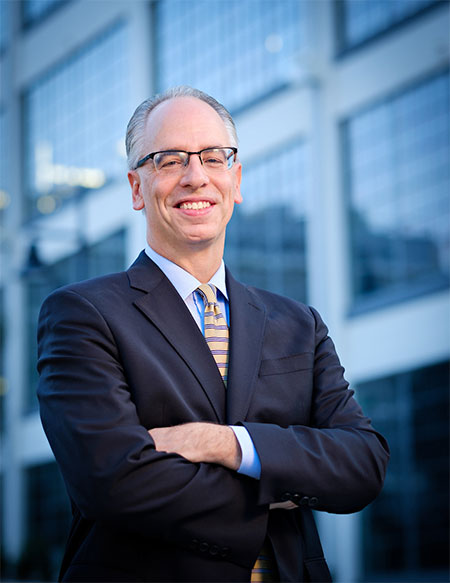 taff colleagues to support and enhance learning, discovery, and graduate and undergraduate programs across the College of Arts & Sciences, Wake Forest’s Schools of Business, Divinity and Law, and the Z. Smith Reynolds Library.  He also coordinates academic programming with the administration of the School of Medicine and supervises more than a dozen academic/student-related areas, including Campus Life and the Office of Diversity & Inclusion.  Prior to arriving at WFU, Kersh was associate dean of NYU’s Wagner School of Public Service, where he was professor of public policy.

Kersh has published three books, on U.S. political history and on health policy; a 5th edition of his By the People: Debating American Government (with James Morone) was issued in 2021 by Oxford University Press.  His current book project is Millennials, Politics, & Culture; he teaches Wake Forest courses on that topic, and has given dozens of talks on the millennial generation to audiences across the U.S., Latin America, and Europe, including at TEDx conferences.

Kersh has published over 50 academic articles, and does frequent media commentary on U.S. politics, health policy, and the millennial generation. He has been a Mellon Fellow in the Humanities, a Luce Scholar, a Robert Wood Johnson Fellow, and is an elected Fellow of the National Academy of Public Administration.  In 15 years’ teaching at Yale, Syracuse, and NYU he won four university-wide teaching awards.  Kersh received his Ph.D. in political science from Yale in 1996, and has professional experience in the U.S. Congress, the British Parliament, and at think tanks in Tokyo and Washington, DC.  He is on the steering committee of the national Coalition on Life Transformative Education.  In Winston-Salem, he serves on the boards of the United Way and the RiverRun Film Festival, and chairs the board of Partners for Prosperity (P4P), a countywide poverty-alleviation project.